Any woman alive on this planet knows they have had a crush many times in their life. It’s just the way girls or women are wired. Being a Football fanatic is no different. There are always guys coming out in the draft that we are “Crushing” on and look forward to adding them to our fantasy lineups. Here is my list of players by position I am crushing on.

If you follow me on Twitter I will refer to these guys with #DQDraftCrush throughout the year.

QB – Deshaun Watson – With 38 college starts and a National Championship under his belt, Deshaun is the most PRO ready QB in this draft. He has a knack for doing his greatest work under the brightest lights and biggest stages. This is a characteristic that drew the Houston Texans to choosing him. With the Texans team the way they are, this offense is the best possible position for Watson as it is the offense waiting for him as a missing piece. My prediction is if he doesn’t steal the job with his pre-season ability, by the 3rd game, against New England, Tom Savage will get injured and Watson will go in. After that, it will be his team.

WR – Corey Davis – Tennessee needed a huge playmaker at WR, and Corey Davis is that man. During his tenure at Western Michigan, Corey has 331 attempts boasting 5,000+ yards and 52 touchdowns. If Mariota needed one thing out of this draft it was a versatile wideout with scoring ability. I predict he will become the next Julio Jones and that he will be a day one starter with immediate impact for his team.

RB – Christian McCaffrey – Carolina needs to take the pressure off Newton who took a beating the 2016 season. With multiple concussions and his well-known attitude against refs not calling penalties for him being ruffed up, it seems Carolina is finally listening. Cam will no longer have to be Superman as his backfield just got boosted with an incredible talent at RB. During the combine, McCaffrey impressed me with his mechanics. No one else looked like such a machine as he did. This guy can do it all. An amazing runner, great receiver, and can be used on special teams for punt returns. He had a breakout sophomore year in at Stanford with over 2,000 yards and 8 TDs, however, his junior year is more interesting as he may have been less 400 yards rushing, however, he claimed 13 TDs for the team that year. Making him a more productive asset to the team. This is the exact impact the Panthers need. A RB who can take the pressure off Cam and Keep Pounding.

TE – OJ Howard – This is exactly what Tampa Bay needed to make themselves a serious threat in the NFC South. Another big body target. When Tampa is on the field we all know Winston can depend on Mike Evans. But as we saw in 2016, any winning team needs an array of targets. Being able to mix it up on the offense will certainly change the game for the Buccs. However, his hidden power to the offense is being a very effective run blocker. This can help DeSean Jackson who is a little receiver and has been getting banged up in recent seasons. This aspect alone will make him a solid offensive player which can assist in leading the Buccs to a chance in leading their division.

We Give Love to Defenders Too!!!

DE – Solomon Thomas – Undeniable work ethic makes this pic a powerful, fast, contender with speed and agility to hinder the pass-rush downs. Relentless consistency and the athletic foundation will make pass or rush recoveries impossible. Will be a major factor and day 1 starter with the 49ers defense contributing to why they were 31st in the league. Though this season may not be much better, one thing is for sure, it will not be because Thomas was slacking off. I am predicting he will beat Von Miller’s rookie record with 52 Tackles and 13 Sacks.

LB – Haason Reddick – A regular Tackle Monster. You heard right. His college career boasts 149 total tackles of which 99 are solo. This LB is not going to let you pass without a toll. Momentum picked up for his draft chances at the Senior Bowl game. His performance a the Combine was icing on the cake. A walk-on at Temple, honed his craft to discover explosive athleticism and excellent instincts. Able to look past blockers into the backfield and lock on his target. Once he pries the edge open, he tucks tight around the corner to get to the QB. Arizona is a great defense that needed some help midfield. With Mathieu at S and Reddick taking control of the middle, Arizona will be a tough defense to run through.

S – Jabrill Peppers – Peppers is a regular plug and play player. He can play a little, defense, a little offense, and little special teams and be a major factor in all of them. I find it ironic that Peppers and Garrett are on the same team this season, as my last mock draft predicted that, solely because I thought it may not be fair. That’s the advantage the Browns need this season, to not allow their defense or offense to be fair. They have to be ruthless, high octane and exceed excellence. While Peppers tears it up in the secondary with 86 solo career tackles, it is his ability to rush yards and score for the offense and be a yard eater in punt and kick returns that are going to make him really special to this team. He has the ability to be anything this team needs him to be. I compare him to Kansas City’s Eric Berry who dominated his rookie year with 92 total tackles of which 77 were solo; I also compare him to Kansas City Tyreek Hill who is the Punt/Kick return, King. Imagine having both of these players in one convenient package. This is the effectiveness of Jabrill Peppers.

CB – Malik Hooker – In the 2016 Season, the Colts, by far had a lousy season. Their secondary was all but nonexistent. Prepare to be amazed by an Ohio State ball shark. Not only a ball shark but a scoring one at that. He played 2 years with 19 total starts, but that doesn’t take away from his ability to turn over the ball. Always checking the QB’s eyes he is able to challenge passing lanes and has the natural ability to also challenge the deep ball. Personally, I feel he will be the next Richard Sherman. 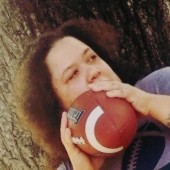